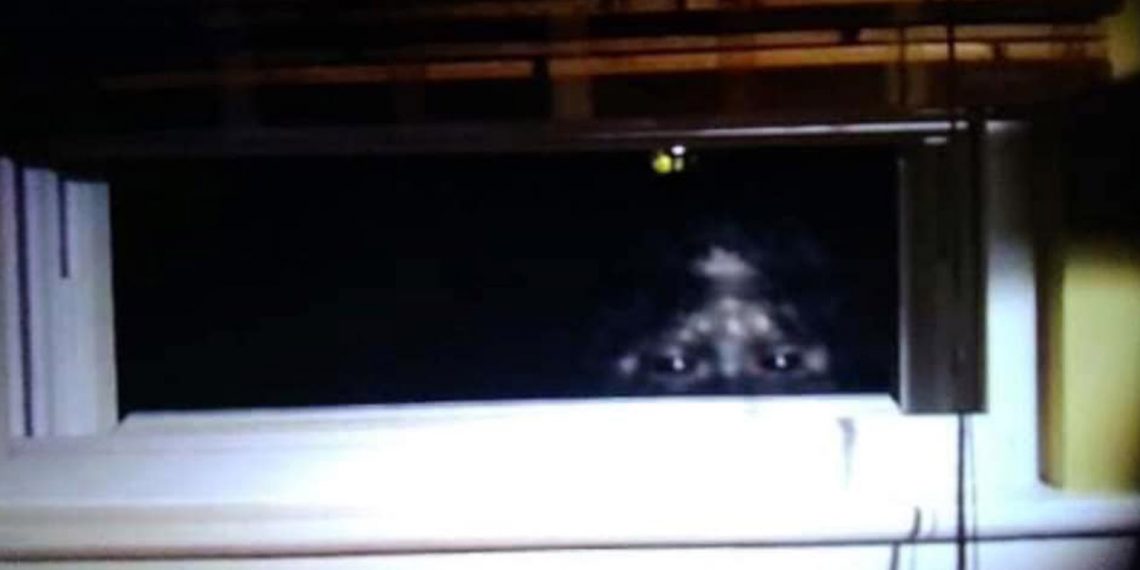 Recently, I learned of some incredible photos of a purported Bigfoot taken in Bailey, Colorado in 2017 by a man named Scott Yeoman. I first heard about it from Tim Binnall’s article about it for Coast to Coast AM, which provided a general background of the case.

Tim brought up an excellent point in that “the photos from that evening are unquestionably thought-provoking and, if they really do show Sasquatch, maybe some of the best photos of the creature ever taken. That said, skeptics will likely say that the ‘Bigfoot’ is either a bear or the product of a clever hoax involving a gorilla suit.”

And, sure enough, that’s exactly what happened if you begin to read some of the comments from the original post on the Expedition: Bigfoot Facebook page. But is there more to this story than meets the eye?

“Ok so here’s the story with my photos.. So we (my wife and I) bought 11 acres of land in Bailey Colorado we built a foundation of cinder block that is 3’6” above the ground. The land is mostly hard pack dirt and large rock which I shared a video of when we bought it. After we moved a modular home there we lived off and on there for 2 years while we got it ready for perminant residency.

“In August of 2017 we were finishing the interior of the back of the house and I came into the living room and caught a whiff of a VERY harsh odor in the the room. It smelled like rotting animal flesh, vomit, and excrement. I caught glimpse of something moving outside the window from the corner of my eye. We have had bears visit pretty regular but the tried to get under the house, not in it. But when I seen the figure by the window I thought a bear had some how climes up to the window.

“I take alot of wildlife pictures because they literally come up to the outside of it like mule deer, Elk, Bear, haven’t seen any mountain lion, and other small game. I have quite a few feral cars all over my property but they aren’t mine. But they hang out a lot. Anyway… I saw the top of the head and that caught my attention. It moved closer and I seen it eyes were freaking huge and it scared me because bear eyes aren’t that large or far apart. I always have a camera handy to get a good shot of the elk that come extremely close to the house. When I realized it wasn’t a bear. Fear struck me hardcore.

“I used a cheap kodak sport digital camera for taking pics and for the most part it takes fast action pictures/ video. It was on the end table next to my recliner approximately 6 ft from the window. When I pointed it at the window it stopped swaying and closed it eyes as if it was child… “You can’t see me if my eyes are closed”. So shaking and trying to video at the same time I moved back a step and it slowly moved from one side of the window to the other. It was seriously about a 10 min video but it was on a 1″ x 1 1/2″ and card which had to be downloaded on my computer. It didn’t make any attempt to enter the house or run away.

“About 8 minutes in my wife came into the room and asked me what I was doing. I told her there’s something outside and it ain’t no bear. When she looked over my shoulder she screamed “what is that thing!” And ran back to the bedroom. I stopped the video, went to the closet and grabbed my 40 cal off the closet shelf. When I turned back around, it was moving away from the window. I wasn’t going to shoot at it if it tried to get in which it didn’t do. I went to my wife who was freaking out and tried to answer her bombardment of questions and after reassuring her that everything was ok.

“She called the sherriffs department and the sent 3 deputies to check out the property. Their conclusion was most like a bear or other wildlife. Until I showed them the playback. When they reviewed it two of the three were impressed and the third was like its a bear.

“Anyway the rest of the night was uneventful and peaceful other than my panicking wife. She ended up having my daughter and her husband come get her and took her to Golden for a couple of days. I downloaded this video on my computer at my mothers house because she has internet access and I didn’t. Long story short my mothers house burnt down on a fire we had out here last year. We have seen it at a distance every now and then in the darkness by the fire light, not the body, but eye shine. And that’s pretty creepy too. But haven’t had any incidents of a destructive nature so I decided to just be cautious when I’m walking my property.

“I do carry my .40 cal always outside… Just in case. But haven’t had to pull it from my holster. I see signs where he’s broke branches on trees that I can’t reach on a 6′ ladder. And occasionally he’ll move things around. Most signs we see were always after we left and came back home. There’s the story behind the photos…. I hope people can find something in here to benefit them if they are dealing with one too.”

There are plenty of similarities in Yeoman’s account to other Bigfoot reports, however one, in particular, stands out to me—the putrid smell that emanates from the creature. I’ve always found this aspect quite fascinating considering that a similar type of distinct odor can be found in cases of demonological origin. This doesn’t imply that the two are related, but it is worth at least considering that we could be dealing with ethereal components in the Bigfoot subject…or just one big, stinky creature.

We should also be aware of the growing body of reports that link Bigfoot to other metaphysical aspects including the paranormal and UFOs but these tend to get ignored and overlooked.

But since we are on the UFO subject, I couldn’t help but notice how Scott Yeoman’s Bigfoot photos kind of remind me of another paranormal “peeping Tom”—the infamous Stan Romanek footage of an alien entity also peering in through the window. The Romanek case is quite controversial, but it originated in Colorado too. (The documentary Extraordinary: The Stan Romanek Story is a good watch if you’re interested in learning more about that case.)

Here is the footage that Romanek filmed in 2003…

After discussing the Yeoman photos with Michael Brown host of The Bunker podcast, I asked him what he thought of them and he agreed—if true, they are remarkable. But, as I was chatting with him, I noticed something in the photos themselves—an odd moiré effect evident in most of them. A sinking suspicion set in as I began to wonder if these weren’t merely photos of a TV or display monitor. The same effect will almost always show up whenever a person snaps a shot of their screen.

Then I came across this post by “Squatchdetective” Steve Kulls, which confirmed my suspicion but also brought to light a lot more in the whole Scott Yeoman affair. Long story short, Mr. Yeoman may not be who he says he is. And, his account may have to be called into question after some of the valid points Kulls puts forth based on his own investigation into Yeoman. (I highly recommend giving Kulls’ post a read before continuing on in this article.)

Unfortunately, this doesn’t leave us with much evidence to prove that this is a hoaxed story either. But as Kulls is quick to point out, “in investigation you don’t always get every single element of a crime. You may not get the stolen money recovered, or the murder weapon, or a motive, heck some murders you don’t even have a body!” (Source)

So, whether these photos (or rather video) were staged to begin with, or if it was the real deal, we may never truly know for sure. But, if there are this many holes already at the start of Yeoman’s story, then we certainly have to question the legitimacy of the rest of it.

Or as Kulls also puts it, “A piece of evidence is only good as the story behind it.” (Source)