Despite what most in the UFO field would like to believe, there is still a large group unfamiliar with AATIP—the U.S. government’s recently revealed UFO program. This was the main subject at this year’s 2018 MUFON International Symposium. For those of you who are part of that group, here is a link to catch you up to speed on the DoD’s Advanced Aerospace Threat Identification Program.

And for those of you who ARE familiar, here’s a more recent article just for you. Yes you, my fellow UFO nut.

I still remember when the original NY Times article first hit. I was at a Christmas party when one of my friends (who is not interested in this topic whatsoever) texted me to say, “Oh my gosh, you were right all along…these things DO exist!”

At the time, I thought, okay this is just going to be another one of those hyped up stories. Like the endless NASA big reveals that turn out to be nothing more than a misleading headline and a microscopic organism that lived a million years ago on Mars. *yawn* But this story was different. It had videos…a paper trail…people involved that we actually knew about. And it was recent. (And still ongoing.)

How many of you remember hearing people…normal people…talk about this story at the water cooler in the months that followed? It was, and still is, a pretty cool time for ufology. But more than that, it is an exciting time for humanity in general.

Such was the subject of this year’s big MUFON International Symposium, not too far from me in Cherry Hill, NJ. I decided to live stream the event to save some dough since MUFON still charges a whopping amount to attend it in person. Although the former Pennsylvania State Director once told me that MUFON field investigators get to attend for free. Wasn’t sure if it was true or merely a pitch to recruit help with their backlog of cases…

Luis Elizondo, the man who led the AATIP project, was this year’s keynote speaker at the symposium. Contrary to what others are saying, I found his talk to be rather interesting. Very interesting. Not because of what he did say, but because of what he didn’t say. Sure it was frustrating at times, but it was also intriguing. Something big is going to happen next year, he hinted. But what??

Elizondo is a very smart man and a well-spoken one at that. So perhaps we should be cautious. After all, this could be just one big disinformation campaign. Or maybe it’s the beginnings of the slow drip disclosure initiative. Only time will tell.

I can understand why he was hired to lead the project however. Especially if there were knuckleheads like these in attendance…

The following day, I ran into Sue Swiatek, the Virginia MUFON state director. She mentioned how she was hanging out with Elizondo that same evening and noticed that he was wearing a thin metal plate under his shirt—a bulletproof vest, perhaps?

Jamie, another one of my friends, caught that detail too. He wondered why someone would choose to wear a black shirt underneath a white button down. It’s something to consider given the severity of the subject overall. Especially when the audience put the heat on Elizondo to answer questions he wasn’t prepared to address…

Even if Travis Walton wasn’t impressed.

See you next year!

Enjoy what you’re reading? Follow Normal Paranormal on Facebook and Twitter for the latest in high strangeness and thought-provoking topics. (If you’re into that sort of thing.) 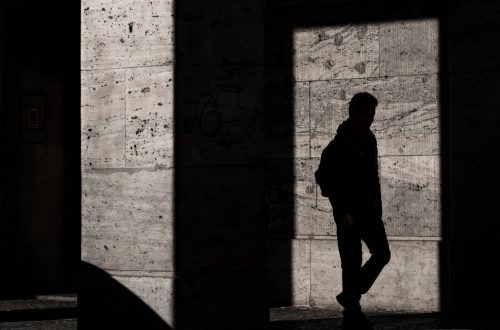