Former Senate Majority Leader Harry Reid is back in the spotlight after undergoing cancer treatment. He recently appeared on KNPR to talk politics, but more importantly, his involvement with the secret UFO program that made national headlines back in 2017.

According to the article…

While most of what Reid weighed in on was politics, he also addressed the funding of research into military sightings of unidentified flying objects. Reid had helped to direct money to that research.

“I think it is something we can’t ignore,” he said, “I personally don’t know if there exist little green men places. I kind of doubt that, but I do believe the information we have indicates we should do a lot more study.”

He said there are eyewitness accounts from hundreds of people, including military pilots, of unexplained objects moving through the air all in the same way.

Reid said he is working with a member of Congress to create a place for military pilots to report what they see without fear of reprisals.

Pay particular attention to that one part…

“I personally don’t know if there exist little green men places. I kind of doubt that, but I do believe the information we have indicates we should do a lot more study.”

Most believe that the occupants of the UFOs (or UAPs) originate from “out there” meaning some other planet or galaxy. But there is just as much evidence to suggest that they could also be emanating from within this planet too.

Consider all of the reports of USOs (unidentified submerged objects) which have been seen coming up from or going into the oceans and other large bodies of water. In fact, I’m actually investigating such a report now involving two former police officers and a possible missing time episode that went with it. But here’s a perfect example of a USO filmed off the coast of Aguadilla, Puerto Rico.

Could the possibility exist that the UFO/USO/UAP occupants are time travelers, spiritual beings, or even interdimensional ultra-terrestrials instead of just simply extra-terrestrial? Could they be thought-forms or tulpas projected from our own consciousness? All of these possibilities are worth examining, provided we are willing to look beyond the preconceived notion that this is merely an outer space phenomenon.

When I saw Luis Elizondo (former director of AATIP—the program born out of Reid’s interest) speak at the 2018 MUFON Symposium, he hinted at the same thing. When asked directly about it, Elizondo felt there was not enough evidence to determine where these occupants were coming from (or rather he was not comfortable to reveal the answer to that)…

Perhaps we should be asking why the extraterrestrial hypothesis is the common one society tends to jump to. In speaking with various abductees, they will often start reflecting on life outside of our planet, even though the beings have never revealed themselves as such to them. This could be rather a response mechanism in an attempt to process the experience as a whole.

The late remote reviewing pioneer Ingo Swann brought up a related point in what he referred to as a “reality hopper.”

Swann learned that when remote viewers perceived something they didn’t understand, they tend to explain it in ways that made sense to them. He further explained this as analytical overlay, or the ability of the mind to overlay something unknown, unrecognized, or unfamiliar with a mental image that is recognized.

People do this all the time as they fill in the unknown with what fits their known, kind of like an attempt to make sense of the chaos.

Or does it go even deeper? Perhaps the extraterrestrial hypothesis is something that the visitors would rather us fixate on in an attempt to preserve their own covert nature.

One thing for sure—this phenomenon is not as simple as we often want it to be.

For more high strangeness concepts, be sure to check out my new book, “The Spectrum,” now available on Amazon. 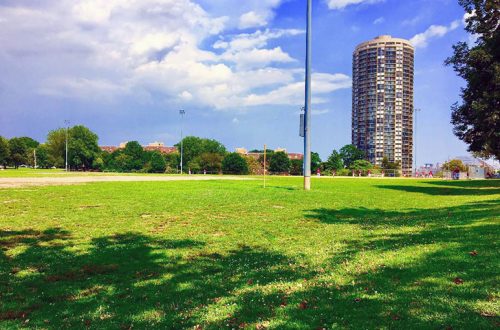