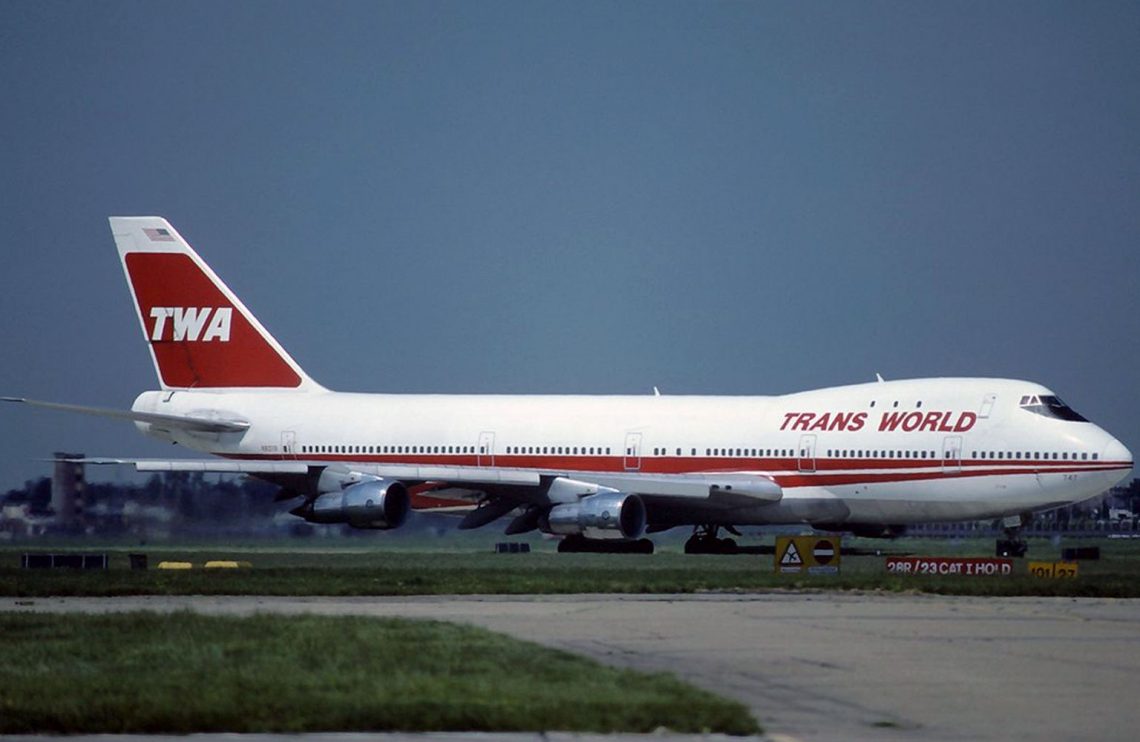 On July 17, 1996, Trans World Airlines flight 800 took off from New York’s Kennedy International Airport in the twilight dusk of sunset. The two-hundred and thirty people aboard were on their way to Paris, France.

Flight 800 flew at a lower altitude than usual because of another approaching jet. After receiving clearance to climb to cruise altitude, the Boeing 747 jetliner leveled off at 13,700 feet above sea level. Then, twelve minutes after takeoff, the plane exploded without warning. Thousands of pounds of kerosene were dumped from the plane’s center, and wing tanks vaporized and ignited. An orange fireball burned along the coastline as sections of the 747 plunged into the Atlantic Ocean, south of Long Island.

Twenty-one passengers were from Montoursville, Pennsylvania, heading for a once-in-a-lifetime trip to The City of Light. Sixteen were members of the Montoursville Area High School French Club, accompanied by five chaperones. There were no survivors.

As a result, investigators began to look into the safety record of the twenty-five-year-old plane. The Boeing 747 was manufactured in November 1971 and had accumulated about 93,303 flight hours and 16,869 cycles. The airplane had eighteen crew members, including four pilots and fourteen flight attendants. However, there was no documentation of the flight crew reporting a problem to air traffic control.

Although some believed that the 747 went down because of a malfunction, the National Transportation Safety Board’s (NTSB) official report, issued four years after the crash, concluded an electrical spark ignited fuel vapors in the center fuel tank and was the probable cause of the explosion.

Questions remained about Flight 800, now regarded as the first conspiracy of the Internet Age, but the debate was far from over. Further explanations came from politicians, engineers, and conspiracy theorists. For example, Pierre Salinger, former press secretary for Presidents Kennedy and Johnson, proclaimed that a Navy missile caused the crash. Next, software engineer Michael E. Davias wrote a fifty-one-page thesis titled, “Flight 800 Meteorite Interface Hypothesis — A Hypothetical Solution to the T.W.A. Flight 800 Paradox”? Finally, J. K. Henderson, a retired instrument engineer, offered that a pressure issue may have caused the explosion.

Other theories suggested that the plane’s front cargo door blew off, while another believed that laser rays emitted from Long Island destroyed the aircraft. Ball lightning was still another of the unproven theories. Finally, a different view was that a Bolide, a giant meteor, exploded in Earth’s atmosphere and sent one of its fragments into the fuselage of Flight 800.

Conspiracy theorists rallied around the possibility that a missile shot the jetliner down. And several comprehensive reports appeared to support those claims. The Associated Press detailed on June 19, 1996, that “Radar detected a blip merging with the jet shortly before the explosion, something that could indicate a missile hit.” In its story of September 22, 1996, the New York Post reported, “Law-enforcement sources said the hardest evidence gathered so far overwhelmingly suggests a surface-to-air missile.”

Investigators identified one hundred and eighty-three eyewitnesses who saw something rising from the ocean and strike Flight 800. They saw an explosion and the plane’s wreckage dropping into the Atlantic Ocean.

“The report said ‘compelling testimony’ indicated a missile hit the plane on the right side, forward of the wing, passing through the fuselage without exploding. This is consistent with a test missile with a dummy warhead.”

Some charged that the Federal Bureau of Investigation (FBI) misled the public. The FBI did not believe the eyewitnesses were accurate in their testimonies and disregarded their accounts. According to MilitaryCorruption.com writer David Smallwood:

“A massive cover-up ensued, with the FBI suppressing the truth in an effort to save Bill Clinton’s 1996 re-election chances. A surface-to-air missile that blasted the 747-100 right out of the sky, killing two hundred and thirty people, becoming the third-deadliest aviation accident in US history.”

Several books and documentaries have investigated the crash. For example, TWA 800, The Crash, The Cover-Up, and The Conspiracy, written by investigative reporter Jack Cashill, claimed that the official explanation for the explosion was slanted, concluding that the FBI, CIA, and President Bill Clinton were involved in a cover-up. Although many agreed with him, others criticized Cashill for his partisan ranting about Benghazi and other right-wing themes with little connection to Flight 800.

Author James Sander’s book, The Downing Of TWA Flight 800, revealed that a TWA employee gave Sanders two samples of cloth from seats from TWA 800, requesting that an outside, non-government-linked laboratory test them. The seat fabric samples contained a bright red residue that had stained three rows of seats in the aircraft. Sanders claimed tests on the first sample revealed elements that experts confirmed were consistent with the combustion byproducts of a military solid-fuel rocket motor of the powdered aluminum and perchlorate type.

Sanders gave his last sample to CBS news to have tested, but CBS returned the sample to the government, who declared that the red residue was seat glue.

Another argument came from airline veteran Andrew Danziger, one of the pilots to fly Barack Obama during his 2008 presidential campaign. Danziger wrote an article in the New York Daily News titled “TWA Flight 800 was not blown up by a faulty fuel tank; it was shot down. I’ll always believe that, and here’s why.” He wrote:

“Jets do not explode in midair. If they do, it’s usually because they’ve been shot down or bombed. There’s little to suggest that there was a bomb on board, but there is ample evidence that a missile of some sort detonated in the air very close to the plane and brought it down.”

Ignoring that conspiracy theory, President Clinton addressed the crash, vowing to take “immediate steps to improve airline safety and security.” However, he asked the public to not “jump to conclusions” and theorized that either mechanical failure or sabotage caused the crash.

The tragedy prompted one of the most extensive and expensive aviation investigations in history. The NTSB eventually deemed it an accident and found no evidence of foul play. Former NTSB Board Member John Goglia, who spent four years investigating the crash, addressed “The TWA 800 Project,” a group of petitioners who wanted the NTBS to reopen the crash investigation, claiming that a ‘detonation or high-velocity explosion’ caused the crash.

Goglia wrote in Forbes in July 2014 that eyewitness accounts of a “flash” in the sky just before the airplane blew up were not supported by radar evidence. The fuselage wreckage also did not show any evidence of an explosion next to the plane, he concluded:

“At the end of the day, ‘damage patterns within the airplane were consistent with a center wing tank explosion.’  In addition, the debris pattern was consistent with a fuel-air explosion in the center wing tank.  The NTSB concluded that the petitioners had not introduced any evidence which would warrant overturning the Board’s prior conclusions or determination of probable cause.”

Investigators concluded the streak observed by hundreds of witnesses was burning fuel streaming from the plane’s wing tank. NTSB investigators recovered more than ninety-five percent of the aircraft. A ninety-three-foot segment of the aircraft fuselage was reconstructed and then moved to a 30,000 square foot hangar in Ashburn, Virginia. The reconstructed plane was used in accident investigation training for nearly twenty years. It was decommissioned and destroyed in July 2021.

The NTSB finding led to regulations requiring a system that pumps inert gas into empty fuel tanks, and Boeing was required to replace the brittle wiring on other 747s and redesign their air conditioning packs.

The remains of all passengers were recovered, and all two hundred and thirty names were etched into the TWA Flight 800 International Memorial at Smith Point County Park on Long Island. The memorial was dedicated in July 2004 and included flags from the thirteen countries of the victims.

We will never conclusively know what happened to Flight 800 and, over twenty years later, questions linger about one of the worst airline crashes in history and the Internet Age’s first conspiracy.

Maxim W. Furek is an avid student of the paranormal. His eclectic background includes aspects of psychology, addictions, mental health, and rock journalism. His most recent work is Sheppton: The Myth, Miracle & Music. 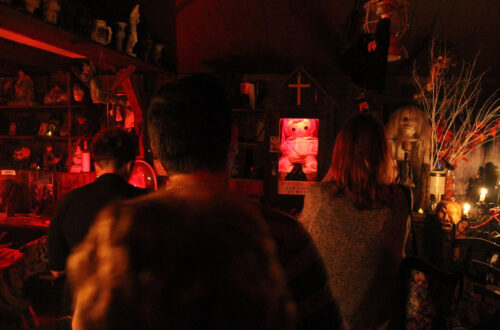