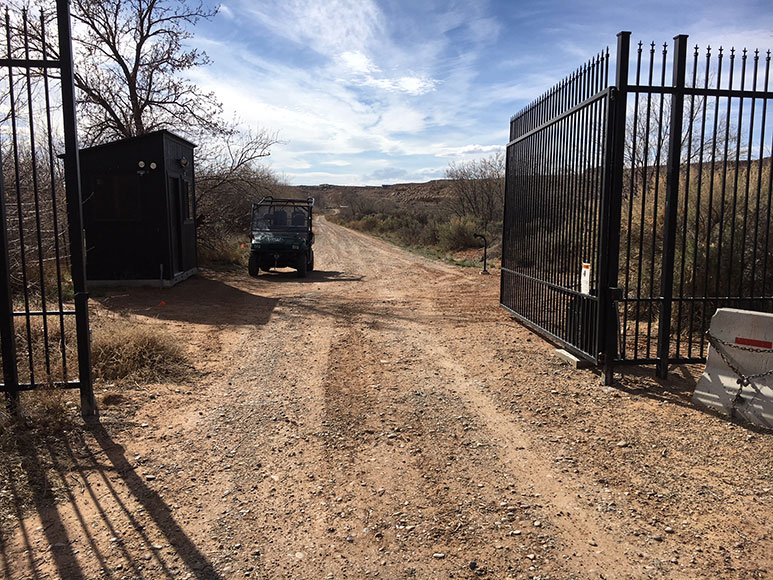 Here is a recent video interview I came across with Thomas Winterton. He is the superintendent of maintaining the Skinwalker Ranch property, its facilities, and equipment as well as providing logistical support to its ranching and science activities. He currently works with Adamantium Holdings—the new owner currently in control of the ranch.

Still little is known about the ranch and far less than that about its new owners.

That is, until now.

On December 14, 2019, Chris Mathieu, host of Forbidden Knowledge News conducted an interview with Winterton, in which they addressed some of the legend and lore surrounding the property along with where it’s headed in the future.

Below is the video in its entirety. And, after the jump, some of the more interesting excerpts that I took note of from the interview…

However, that is apparently about to change. According to Winterton…

“The one thing I can say about Adamantium is that there is a different philosophy here. There’s a great desire to be transparent, to be open…we have a TV series coming up that’s scheduled to air this spring on the History network. And, that is an effort on the part of Adamantium to start to be more forthcoming with what’s going on at Skinwalker Ranch. I know in a lot of these conversations, there’s been a lot of back and forth about what are the pros versus the cons of holding on to this versus releasing this. The one thing that I can respect them for is the fact that they feel like really what’s going on here should be shared.”

The show Winterton is referring to is known as “The Secret of Skinwalker Ranch” (working title) on the HISTORY network. This spring 2020 air date is new information to me.

Winterton further elaborated on the show as becoming a “vehicle for information” related to the ranch. Hopefully, this will satisfy curious minds.

Winterton identified himself as being “religious” and prior to coming to Skinwalker was not a believer in most of the things that people reported out there.

“…when I came on the ranch, I called b.s. and to be perfectly honest, growing up here, I’ve heard the legends, I read the newspaper…but I’ve never read any of the books written on Skinwalker Ranch. I’ve never watched any of the documentaries that have been made. Even to this day, I haven’t. Coming out to the ranch everybody said ‘oh you should read this book’ and there was part of me that’s like, ‘you know what? I don’t believe in that stuff.'”

However, after being there for four years, it seems that certain events took place, which drastically changed his worldview…

“I came out here with a pretty clear mind and I’m very skeptical on that stuff. Here it is going on four years later and I have a complete opposite view of everything. There’s a lot more to this world than meets the eye and there’s obviously a lot of things that we don’t understand.”

Regarding some of the experiences Winterton has had (or that he can apparently talk about at the moment), there have been quite a few.

For example, in one particular spot on the ranch dogs would growl and become easily agitated. In this very same spot, Winterton said he heard an audible voice giving him a command to STOP. And, six months prior, in the exact same spot, he heard another audible voice too.

“Sometimes it’s not the one big thing. It’s the million little things that make you feel like you’re literally going crazy.”

One of the examples Winterton uses to illustrate this point is whenever he sets a tool down on a table. He might walk away then come back later and now the tool is gone or placed somewhere else or in another location—even though he cannot recall ever actually moving it. But he also can’t be sure that he didn’t move it either.

It’s these little things (that apparently he’s become accustomed to by now), that leave him wondering—is it truly the phenomenon at play or is he slowly going crazy instead?

Uncontrollable emotions have also been reported on the ranch—especially notions of extreme fear. Winterton admits that he has experienced this too. For example, when he heard the audible voice, an overwhelming amount of terror came over him, which drove him to vacate the property immediately afterward.

Winterton says that the ranch is a dangerous place. Injuries have been reported on the property, although he didn’t go into the details of those incidents. However, he did mention why so much equipment and personnel are put into place to secure the ranch.

One reason obviously is security.

And two—to protect one of the biggest science projects in the world.

“We’re constantly monitoring and constantly doing science here. We can’t afford to have somebody come on to the ranch… When we have an event take place on the ranch the first thing we have to do is eliminate all known causes of what could cause that… We have to protect the integrity of the science that’s being done here.”

The Land is Alive

In my own experiences, I’ve discovered the possibility for these forces to follow us from place to place. So, it’s absolutely crucial for investigators to take steps to minimize or protect themselves. It doesn’t always happen, but to ignore the possibility is rather foolish.

Skinwalker Ranch is no different in that regard. Some of the after-effects that come from being on the property for an extended period of time happen to include instances of continued paranormal activity.

But is there any validity to the accounts, at least according to Winterton?

“Personally, since I’ve been associated with the ranch, we’ve had a lot of things happen in our house. So much so that I’ve invested in a surveillance system, we’ve taken security measures to protect ourselves and our belongings. I have no choice but to say that it’s definitely…I didn’t experience these types of things before I was associated with the ranch and now we are. The easy conclusion would be to say that somehow this is related but there again, everything is guessing.”

“Sometimes you answer one question and it creates ten more. And it tends to be what we see here.”

There have also been reports that the ranch tends to feed off of other people’s emotions and energies.

“It’s hard to spend a lot of time here and not start to feel as if the land is a living, breathing, type of entity. And I hate to start to use the word entity. My brain is logical. It’s hard to wrap around. It’s just dirt, right? It’s just a piece of land. But when enough things happen and they seem to be reactionary then it’s hard not to start to assign some intelligence to it, I guess as a way of coping. I would say that’s a fair assessment and I find myself doing the same thing.”

From prior information detailed on the ranch, we know that the Shermans (aka the Gormans) were the previous owners before Bob Bigelow purchased it. But Winterton revealed that the Meyers (Myers?) family were the ones that owned it before the Shermans.

I hope that once the new HISTORY channel show comes out, a lot of these additional mysteries will be brought to light. Until then, I highly encourage you to check out the rest of this interview. At least if you want to learn more about the ranch through the lens of someone who’s currently there today.

“If the ranch has taught me anything, it’s that I need to have an open mind.”

Do you have an experience of being on Skinwalker Ranch or know of someone who has? Then I’d love to hear from you. Contact me today.

Also, check out my book “The Spectrum,” which goes more in-depth into the ongoings at Skinwalker Ranch and what it all means. Click here to get it from Amazon.